You are here: Home1 / News2 / Technology3 / What is Python, popular programming language

What is Python, the most popular programming language

Given the quick evolution of technologies and devices, new tools are needed to create digital solutions. Applications, web pages, and a multitude of software tools that we use daily are developed. For creating these solutions, programming languages are vital.

Java, Swift, PHP, Javascript, and C++ are some of the most used programming languages. But today, there is one that stands out from the rest for years and it is Python. This programming language has already been used for 30 years, but it has not been until recently that its popularity has increased. But why? Why is Python different? 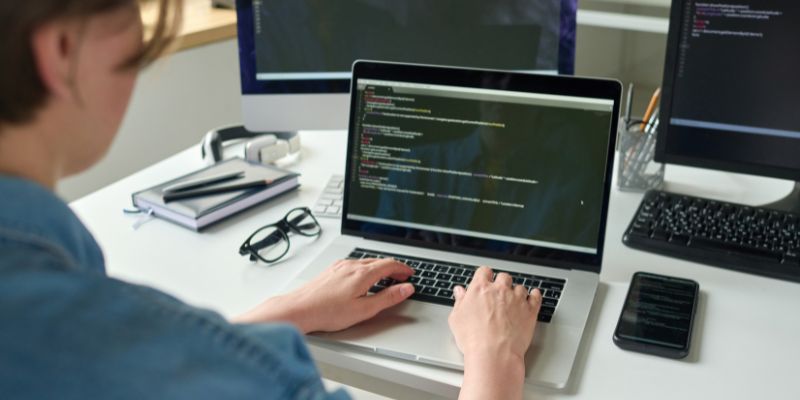 Python is considered one of the easiest languages to learn. That is why it is recommended for people who want to start in the world of programming and computing. It is easy to read and write thanks to its resemblance to human language and, despite being simpler compared to other languages, it has great potential. Companies like Netflix, Google, and Instagram already work with it.

In addition, Python is an open-source multiplatform language so that everyone can collaborate in its development, evolution, and improvement. Being multiplatform, there are almost no limits when it comes to creating a solution for any operating system and device.

Although its popularity has been increasing in recent years, Python was created in the 90s by Guido Van Rossum. Its strengths can be considered the back-end and scientific data processing.

This fourth industrial revolution in which we live focuses on the importance of data, analyzing them, and working with them in order to draw conclusions and achieve goals. Given this context, Python emerges with great intensity thanks to its ease in working with artificial intelligence, machine learning, or big data.

Creating an app involves a series of steps that range from the initial analysis to the maintenance and support of the app. Learn more about the top reasons for the maintenance of a mobile app.

Uses of this programming language

One of Python’s strengths and one of the reasons why its potential is so great is data processing. It can be said that Python helps to develop complex tasks more easily.

It makes it easier to work with machine learning when viewing data, developing new algorithms, or doing statistical calculations. Python helps to create blockchains in a few lines of code. It can also be used in Big Data with the aim that the data is not isolated numbers but has a meaning to draw conclusions and improvements.

Although data processing is one of the reasons to start working with Python, the back-end is another of its strong points, so it is very useful when creating the back-end (the part that users can not see) of a website or an application.

What are the benefits of using Python?

We have already explained what Python is and some of the most important uses, but what are the benefits of using this programming language? Keep reading to learn more!

As we said at the beginning of this post, Python is one of the easiest programming languages to read, write and learn thanks to the fact that it uses a language that is more similar to humans. Specifically, we can say that there is a resemblance to English, so understanding and writing it is not as complex as other programming languages.

They highlight a large number of libraries and frameworks that are available and that allow you to get the most out of Python and create unique software solutions.

It is cross-platform, so using Python you will only need to write it once and it can be run on any operating system and device thanks to its compatibility.

It is free and open source, which allows a large community of programmers to use it and modify it as they wish, thus achieving a collective effort for its improvement and evolution.

Get in touch with the ABAMobile team to develop your next software project. Specializing in the development of custom apps since 2012, we create solutions that make life easier for people.

Get in touch with the ABAMobile team to develop your next software project. We create solutions that make life easier for people.

How to develop a mobile app