You are here: Home1 / News2 / Technology3 / Most popular and demanding programming languages

Most popular and demanding programming languages

In recent years, the continuous evolution and creation of software solutions have led to the development of new tools and resources that facilitate mobile app development, web pages, and any digital solution. Among these resources, new programming languages emerge that can mark the future in the world of software.

As the environment of mobile applications or video games has been developing, programmers have had to adapt. That is why various programming languages have emerged and help to speed up the development of software solutions.

Keep reading to learn about some of the most demanded languages for the coming years in which the IT and software industry is expected to continue to gain prominence. 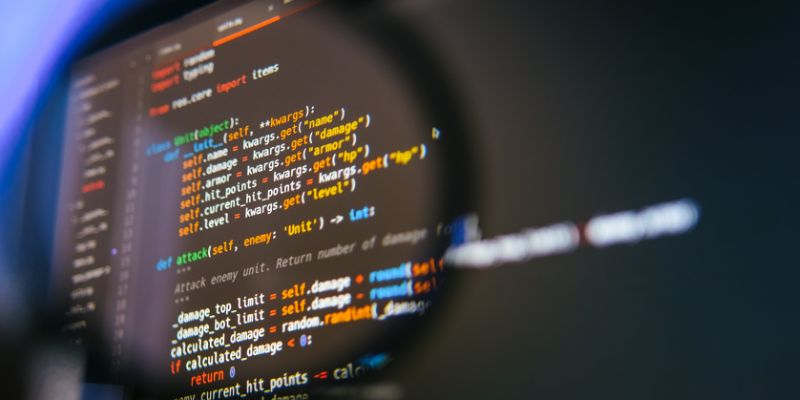 What is a programming language?

It is the way humans and machines can communicate. As its name indicates, it is a language, so like any other, it is used to communicate. The difference is that in this case, the objective is the understanding between a person and a machine.

Like any language, you need to learn it and have certain studies. At this point, we talk about programmers and software professionals who know communicate with the machines. Through programming languages, computers and devices are given orders to carry out a specific action.

High-level programming languages are the ones that most closely resemble natural language and are not created for specific hardware. They can be migrated from one device or machine to another without any problem.

This type of programming language is multiplatform since the type of machine on which it is deployed does not interfere with its operation and it is easier for the programmer to solve the most important problems.

Low-level programming languages are those that are more similar to machine language and therefore more adapted to specific hardware. In this case, the programmer can have full control of the computer, device, or machine and thus get the most out of it.

To handle this type of language, very specific knowledge is needed by professionals. Also, they don’t have the capability to migrate from one machine to another like high-level languages.

Bluetooth technology. What is it, how to connect, and the advantages of Bluetooth?

Some of the most used programming languages

Once we know what a programming language is, we will see some of the most used and popular languages in recent months and their future projection. What will be the most demanded in the coming years? 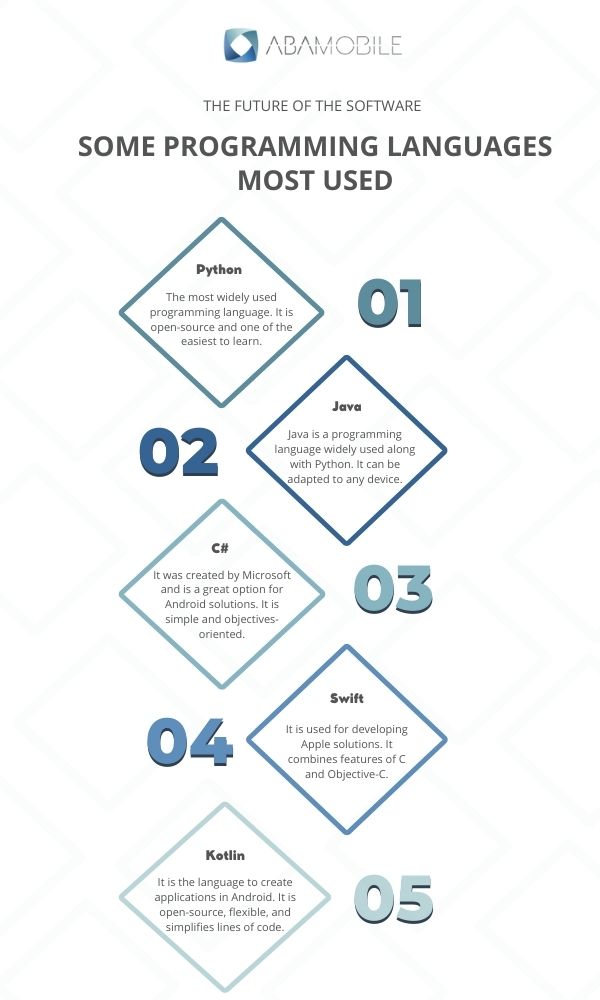 More and more companies need developers who know how to work with different programming languages and Python is one of them.

Java is one of the most well-known and used languages. Thanks to it, mobile applications, web pages, and IoT solutions can be created. In addition, it is a language that can be adapted to any device.

This is one of the most used programming languages. C# was created by Microsoft and allows you to develop apps, websites, or video games, among others. It is a language similar to Java and is an excellent option to create Android solutions. It is simple, goal-oriented, easy to learn, and safe.

Swift is a programming language that started in 2018 and is becoming increasingly popular among developers. It is mainly used for the development of native applications for Apple. It combines features of the C and Objective-C languages.

Swift allows you to work with different programming styles. It is safe and fast and more and more people work with it, so it is expected that its importance will continue to grow in the coming years.

It is one of the most important languages to create Android apps, which is why it has become so popular in recent times. It is an open-source language that allows you to interact with others like Java. In addition, Kotlin offers great flexibility and simplifies the lines of code, thus using less time in programming.

As you can see, these are just some of the most used programming languages, but there are many more that offer greater flexibility, speed, and simplicity when creating software solutions.

Get in touch with our team to start developing your next project. It will boost the mobile digital transformation of your business.

What is mobile app prototyping and its benefits