You are here: Home1 / News2 / Technology3 / Benefits of IoT for companies

Benefits of IoT for companies

The internet of things together with connected devices is creating a hyper-connected environment and a rapidly growing industry. Today, it is estimated that there are more than 50,000 million devices connected to the internet. Therefore, in this post, we are going to talk about the benefits of IoT for companies.

Are we facing the boom of the Internet of things? What are the advantages of the IoT?

Wearables, mobile devices, and mobile applications have a very important role in the internet of things since they are devices that are connected easily and that we use more and more in our day-to-day life.

All of this makes corporate mobility a strategy increasingly implemented in companies. In order to have all the information, report data, or communicate from anywhere, mobile devices are key for businesses.

Internet of Things is one of the technologies that is currently growing the most and the one with great potential ahead whose benefits can also be used by companies.

Keep reading to find out some of the benefits of IoT for businesses.

We are experts in mobile app development that can be connected with the company’s systems.

The importance of IoT apps for companies

The term ‘Internet of Things’ appeared as early as 1999, but it was not until a few years later that it began to be commonly used.

IoT is based on the connection of different devices in order to collect data and send it to platforms where it is become into information. In this way, we can draw conclusions and make better decisions.

Although before the arrival of mobile devices, IoT technology was already used, it was not until the development of smartphones, wearables, and mobile applications that many businesses started to use IoT increasingly.

Through the development of IoT apps for companies, systems can be connected, processes automated, data monitored in real-time, and analyzed.

Connected IoT devices in companies have great potential and a high level of customization that allows developing almost any idea you have in mind. Do not miss this opportunity! 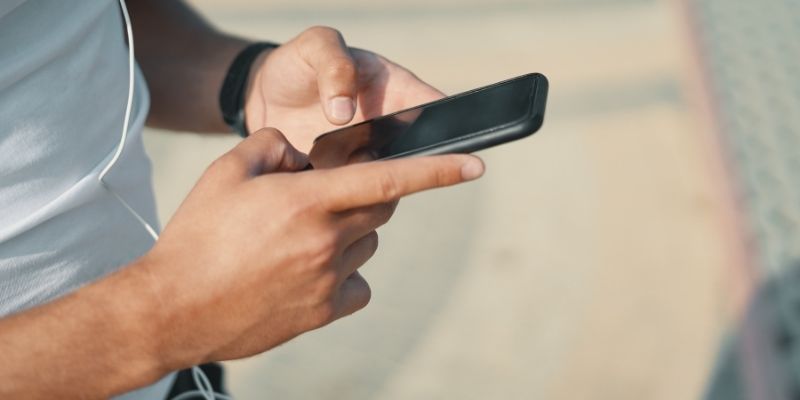 Benefits of IoT for companies

As we have been telling you in this post, the importance of the Internet of Things in companies and in our daily lives is increasing. The main benefit of IoT for companies is data collection.

As we already know, we are living in the fourth industrial revolution characterized by the importance of data. Knowing details about the processes, our products, services, or consumers, allows us to develop and offer the best solutions and be as efficient as possible.

One of the best benefits of IoT for companies is to save money. Not only the Internet of Things has provided us this advantage, but technology in general since it came our way.

While it is true that some technology solutions bring with them a heavy investment, the payback and subsequent profitability are worth it. We also want to say that not all technologies that are implemented in a company have to be so expensive.

One of the great advantages of the IoT for companies is saving money since it allows automation and monitoring processes, predicting mistakes, and correcting them before they happen.

NFC technology is a contactless technology that allows information sharing, file matching, and much more. Discover its full potential!

Another benefit of the IoT for companies is the improvement of productivity. Thanks to the connected systems, resources can be reorganized and production phases can be optimized while also saving time.

In addition, machines and tools can be adjusted due to the data they report in order to make them more efficient.

Through connected IoT devices such as mobile applications, machines, beacons, etc., people’s tasks can be divided so that their productivity increases and even motivation and job satisfaction.

Collecting information about users, production processes, employees, or any other aspect provides us with knowledge about it. Have you thought about all the potential that data has in companies?

For example, knowing your customers better allows you to offer services that are more appropriate to what they need. Services or products can be personalized, adding value and loyalty to consumers. 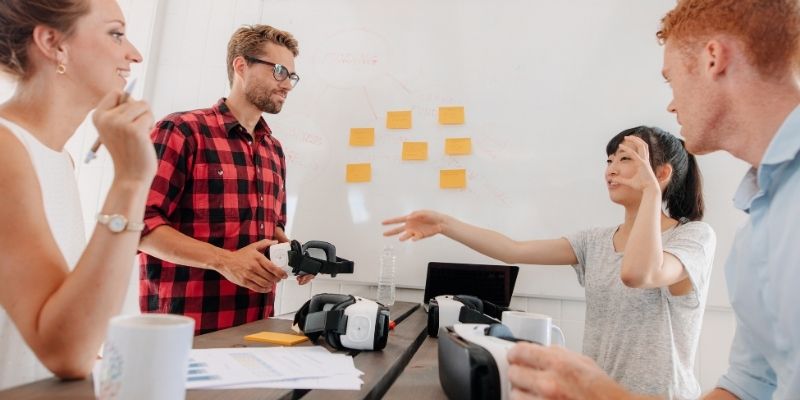 Another benefit of IoT is the business opportunities that arise from the Internet of Things.

Technology helps us to adapt faster to the changeable environment we live in today. Consumption habits and interpersonal relationships change quickly, so being always attentive to what is happening in the market will allow us to anticipate events.

The IoT for companies allows them to carry out commercial processes reducing times but also to create stable and long-term relationships between company and client.

Finally, the data and all the information that we are able to collect and analyze serve to draw conclusions and help us, not only to make decisions but also to see mistakes and errors or anticipate what may happen in the market.

We hope this post has been helpful and we have been able to show all the potential and benefits of IoT for companies.

Get in touch to start your next bespoke software development. Tell us your idea, and we will make it come true!

Mobile technology for businesses in the post-covid era